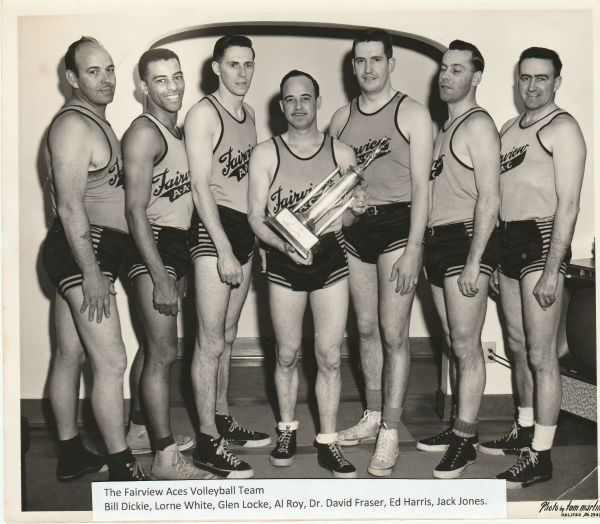 In June of 2016, the Fairview Aces Senior Volleyball Team of 1954-1965 was inaugurated to the Maritime Sports Hall of Fame.

They took the sport of volleyball to the highest level and maintained that consistency for eleven years.
During this period the team won eight Maritime championships, eight consecutive Halifax and
district championships.

The last three years it became the Nova Scotia Provincial Championships. Although the team qualified to play in the Nationals each time, they were Maritime Champions, they only completed in two National events during this period, 1958 and 1965. Work, family commitments and limited finances prevented the team from attending more Nationals.

The Aces were a dynasty in the sport since their record remains unparalleled in the past or present.

The team was made up of teachers, engineers, physicians, business men and from other walks of life.
They set high standards of living for the team activity, as well as their role in the community and were clearly recognized as having a major influence in the sport in Nova Scotia as well as the Maritimes.