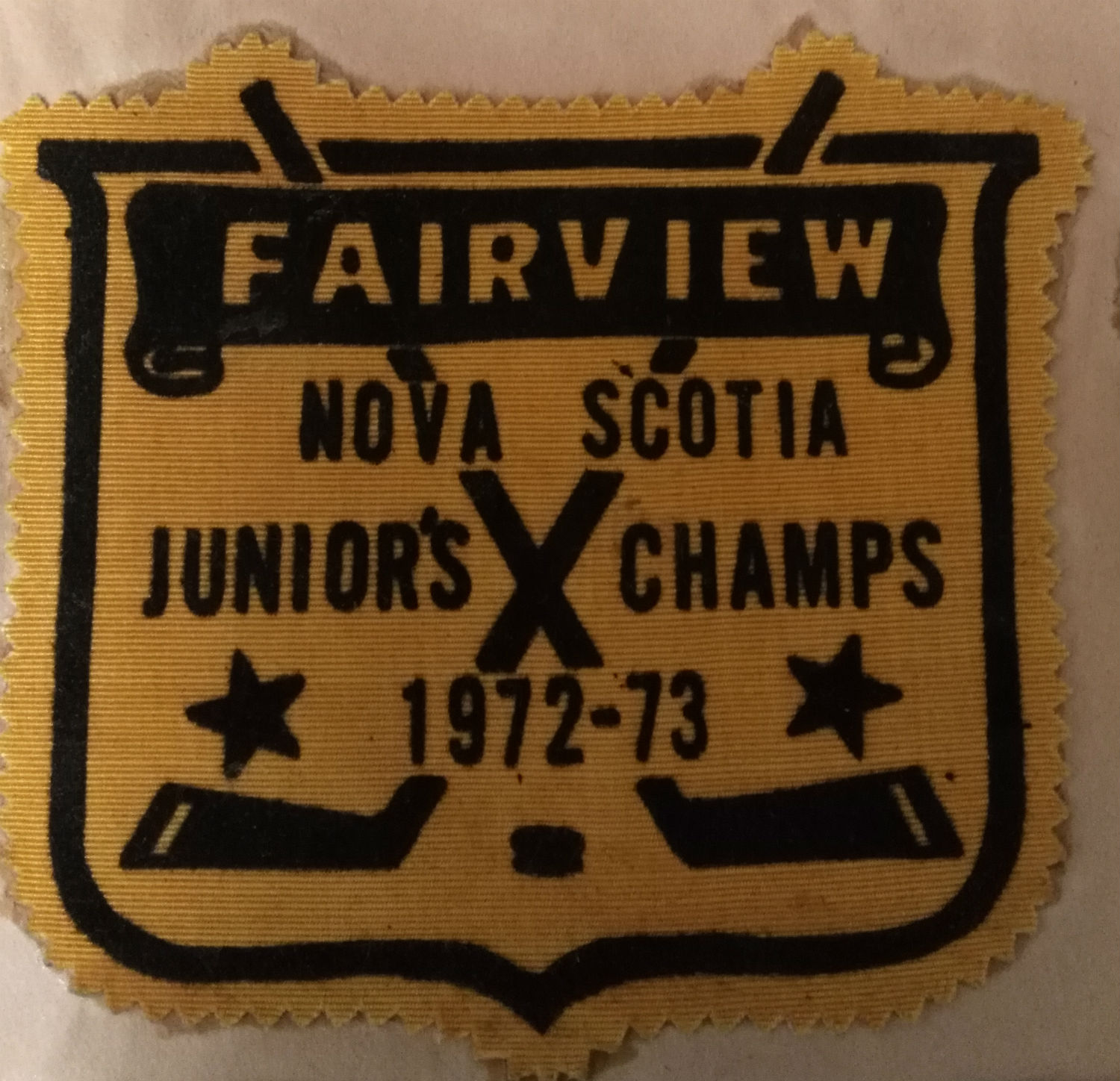 The finals of our league were all two game total goal. We defeated Timberlea 10-3 in the quarter finals. We then played Armdale in our league championship and lost the first game of a two game total goal series 4-2. The second game was a great came back for us and we won 4-0. Off to Yarmouth to play the Pembrooke 7ups for the Nova Scotia Junior “D” championship, March 17, 1973.

After we arrived in Yarmouth, and checked into the Capri Motel, we headed to town for something to eat. On the car radio the coach of the Pembrooke 7ups was being intervied about the game that night. He was talking about his players. He said that some of them were off to college or Junior next year. The way he was talking about his team made us us a little nervous and we thought we were going to be playing a really good team.

This was a two game total goal series and we won the first game 14-6. Needless to say we did a little celebrating that night. Even though we had another game to play the following weekend at home, we had no doubt we would win. The second game was a week later at the Centenial on a beautiful spring Sunday morning. I remember Mrs Miller was there with her famous bell, but when the game got out of hand she went over on their side of the rink and rang the bell for them. We thought that was great. We also though a lot about the other team and the effort they put into playing right to the end, especially being down so many goals after the first game. I know Harold Leonard, our coach, would have told us not to rub it in and be good sports. Everyone on the team had a lot of respect for Harold.

Looking For Players
I have a short list of players that played on that team. If anyone can remember playing please contact me and I will add your name to the list below.