In August of this year, the Historical Societies from Fairview, Rockingham, Bedford, Waverley and Sackville met at Historic Scott’s Manor House in Bedford for a Quoits Tournament. In the final, Championship Game, Fairview beat out Waverley to claim victory and the Brenton Trophy. The trophy has quite a history in itself. Hazel MacLeod (from the Rockingham Society) found it in her attic, she dusted it off and contacted Glen Taylor (President of the Rockingham Society) and asked him if he wanted to resurrect the ancient game of Quoits. The Brenton Trophy was last awarded in 1923 when the trophy was donated for a Quoits Tournament by Halifax County Warden Robert Brenton. Glen resumed the game in 2018 with Bedford winning the trophy. In 2019 Rockingham held the winning title and after a two year delay because of Covid, the tournament continued again this year. Next year in the summer of 2023, the Brenton Trophy will celebrate its hundred year anniversary. 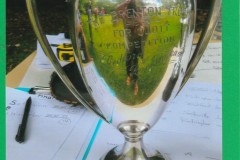 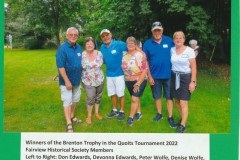 Quoits is a traditional game which involves the throwing of rubber rings over a set distance, usually to land over or near a spike also known as hub, mott or pin. The goal is to surround the pin (Ringing the Hob) or throw the closest ring to the pin to accumulate the most points. When the game was first played they used metal rings, but over the years rope or rubber rings were also used. The Quoit game used to be a well-organized sport, which in earlier years was only accessible to men; women and children were not allowed to partake. The game of horseshoes evolved from the game of Quoits and originated in ancient Greece when those who could not afford to buy a real discus made their own, by bending horseshoes which weighed as much as four pounds each. The game was started by the Roman army and spread across mainland Europe to Britain.

In England Quoits became so popular, that it was prohibited by Edward 111 and Richard 11 to encourage archery, but despite this setback, the sport continued.

The Quoits game is recorded to have started on McNabs Island in 1762 by British and Scottish settlers for recreation. Originally land was cleared on the island to build a fortification, but it was not built at that time, so the area was instead used as a place for playing Quoits. That game was played on this site for close to a hundred years, even when Charles Woolnough built his pleasure grounds there, the Quoiting grounds were one of the attractions.

The game of Quoits was started in Halifax and Bedford several years prior to 1858, when two groups of players, one meeting at Bedford and the other at MacNab’s Island, participated in this ancient sport.

These two areas were not convenient for some of them, so in 1858 they secured suitable grounds nearer the city and moved to the south western part of Halifax known as “Studley”. It was located on 30 acres of property called the Studley Estate, owned by Judge (later Sir Alexander) Croke, who named his estate after his home in England. His property was purchased by Dalhousie University and the Studley Quoits Grounds is where Dalhousie Dalplex (athletic facility) stands today. The Studley Quoit Club was formed in August 1858 when fourteen men began pitching quoits on the site. Its membership was limited to fourteen until 1873 and reached a maximum of sixty playing members and forty non-playing in 1896. The game of Quoits became very popular with members (only men) of social standing, prominent in the political, financial, banking and commercial business, also many military men belonged to the club. In 1901 the club colours of blue, silver and gold were chosen. The club entertained many distinguished visitors to Halifax including Edward Albert, the Prince of Wales, later to become King Edward V111, who later abdicated the throne to marry Wallis Simpson. He was initiated into the club in 1919 and made international news when he “bottomed up” a glass of rum punch, later saying that it was the “most cheerful” moment during his royal visit to Canada. 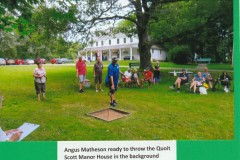 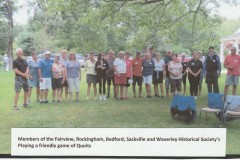 On his visit to Halifax, he requested a visit to the club as his Royal father King George V had visited and spoke highly of it. The prestigious Club continued until 1935 when the last president was J.S. Roper. By 1883 there were three other clubs in Halifax, the “Cosmos”, “Halifax”, and “Chebucto”.

A Quoit Club opened in 1885 in Dartmouth, near present day Canal Street, it was called St. George’s Tennis and Quoit Club, but moved to St. George’s Lane in 1900. St. George’s competed in Quoits match tournament against the Halifax Curling Club frequently and presented trophy’s to the winners.

The game of Quoits continued to grow popular in the 1920s and the 1930s with many local community teams playing against each other in tournaments being held throughout Nova Scotia, but after World War 11, the game declined in popularity. 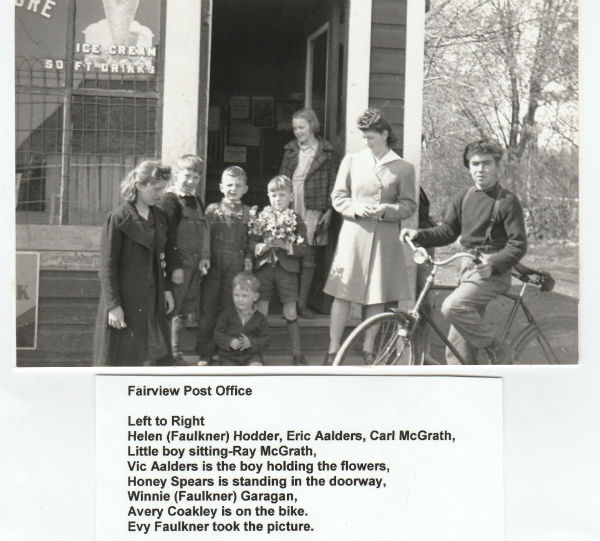 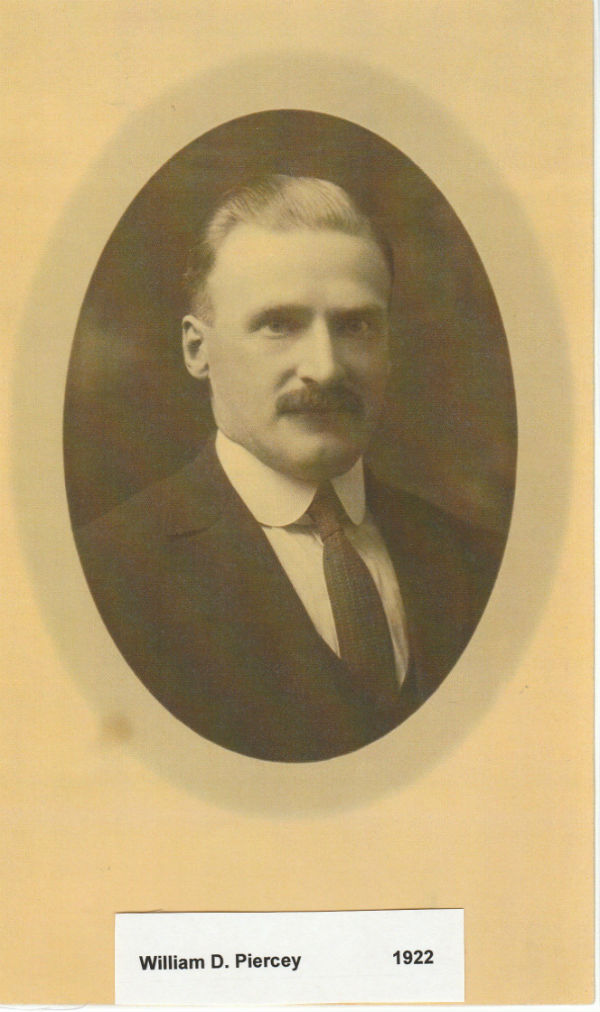 Submitted by Devonna Edwards William Drysdale Piercey was born in Dutch Village, Halifax County, Nova Scotia on June 9, 1877, son of Charles E. Piercey and Eleanor Jane Drysdale. His father, a dairy farmer, took him out of school at an early age to herd the cattle in the pastures of the neighbourhood, now filled… 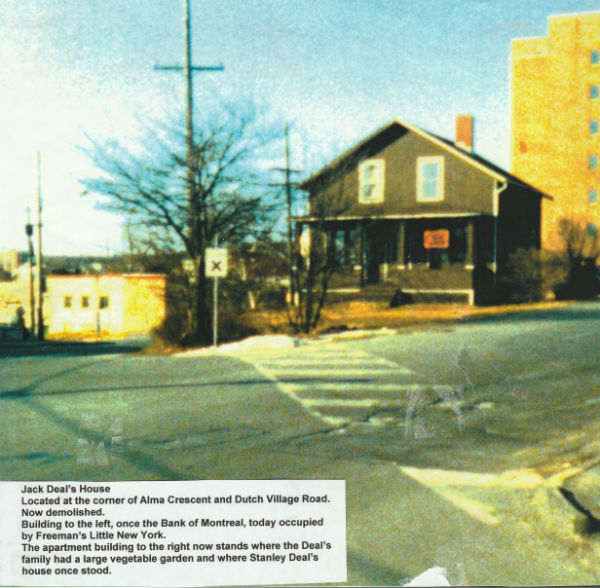 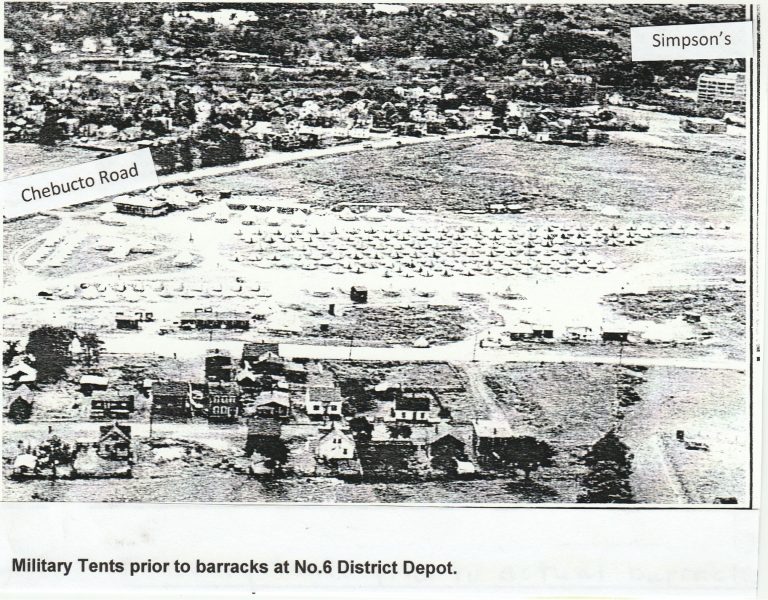