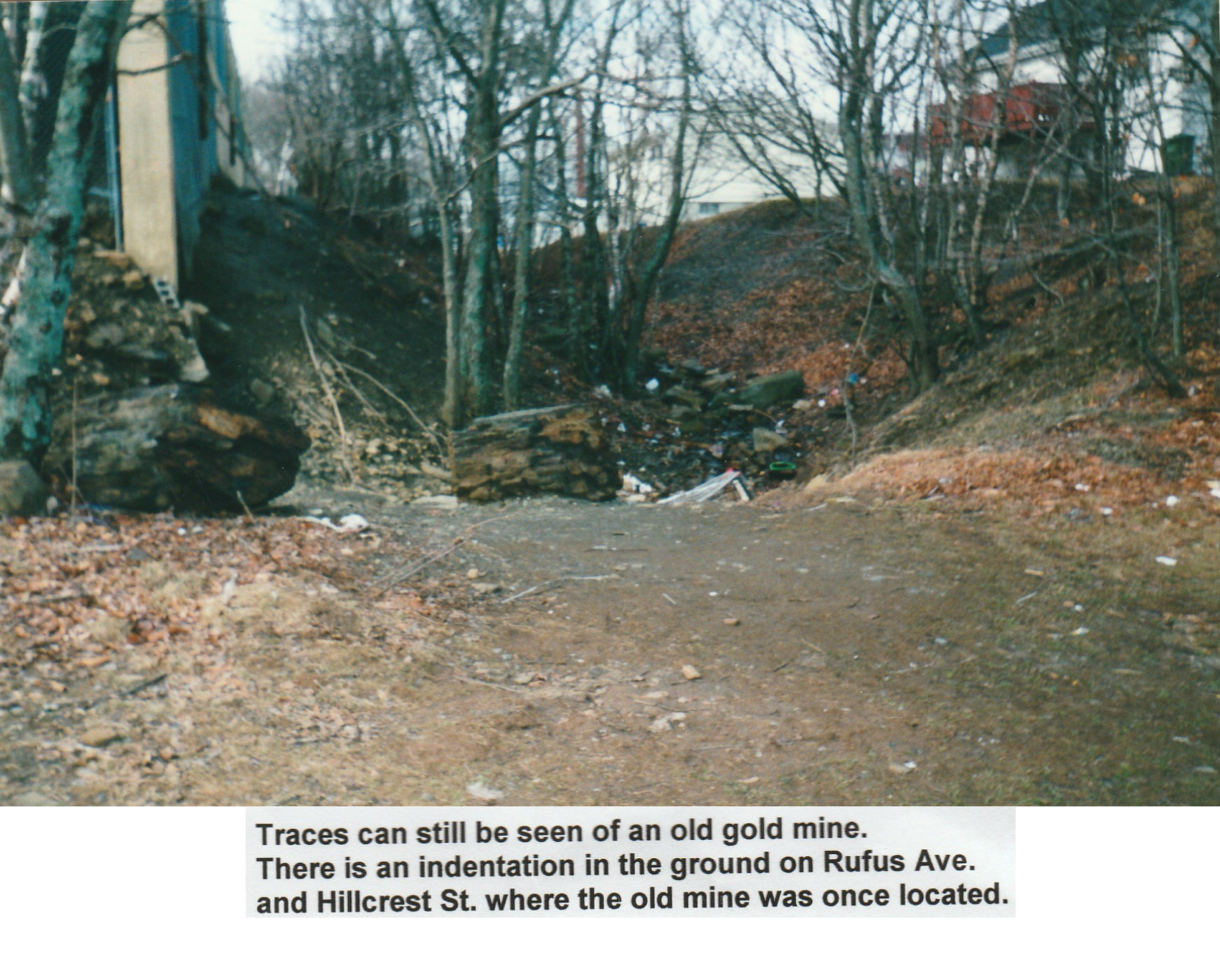 “Gold in Halifax Suburbs” that was the headline in the Mail Star newspaper dated January 18, 1898.

Alexander Taylor strikes it rich on Geizer’s Hill (Main Ave.) at the Dutch Village (Fairview). He claimed to have an extraordinary find of the precious metal and said that his property is very rich in gold. He found gold-bearing quartz all over his land and said he had hundreds of tons of quartz ready for the crusher.

An expert examined his property and stated that it was very valuable property and worth, from resent indications, from five hundred thousand to one million dollars. Mr. Taylor also thought that there was a great quantity of gold on the hills to the west of the Three Mile House (located near the Fairview Overpass on the Bedford Highway). He said he would like to see crushers erected in the vicinity of the Three Mile House where he could supply sufficient quartz to keep it employed for a long time.

Another story in the Mail Star newspaper dated January 25, 1899, had the following headline:

A visit to the Gold Fields at Geizer’s Hill, many people are prospecting. A number of parties spent several days prospecting, some finds of gold were made. On Friday last several practical gold miners began digging on the property of Mr. MacDonald on Geizer’s Hill (Main Avenue). They had made quite a large excavation near Mr. MacDonald’s residence before being noticed by him. He requested them to stop digging but they claimed that they had obtained a lease from the Mine Office, and that they had a right to prospect. Mr. MacDonald replied that he had certain rights that must be respected. The digging continued and it is said they struck gold bearing quartz.

Four other parties obtained a lease to prospect and commenced operation on Geizer’s Hill on Saturday and a report was circulated that a wide lead had been discovered. Mr. MacDonald was asked by the Mail Star newspaper reporter, if there was any truth in the report and he said there was a lead that had been struck not far from the surface. He also stated that it is a wide one and had been traced for some distance.

Hubert Smart said that prospectors dug holes all over the Rufus Avenue vicinity in a search for gold. In fact he worked in the gold mines himself, blasting and drilling. At that time Dick Hyland and Mr.Cullen were local prospectors. Coronation Avenue in Fairview was once called Hyland Avenue in honour of Dick Hyland, who had a large excavation at the top of Hyland Avenue which was about ten feet deep, eight feet wide and extended some distance under a ledge of rock. That mine, one of many in the area, was known as “Hyland’s Mine.” Dick Hyland never struck a bonanza but he did find some gold according to some Fairview residents.

In the Halifax Mail newspaper (date unknown) there was an article by Jack Faulkner in which he stated that mineral maps of Nova Scotia clearly show Fairview as an area rich in gold deposits.

On Rufus Avenue, at Hillcrest Street, there is an indentation visible today where there was once an old gold mine.

Many Fairview residents remember when a house on Rufus Avenue was sinking into the ground due to a “cave-in” from an underground mine. Frank Mitchell, who grew up in Fairview, said that there were “cave-ins” in Fairview that resulted from abandoned/filled in gold mines. He said that a family by the name of Warnell lived on Rufus Avenue in a new house built just 20 feet east of the gold mine on Rufus Avenue and Hillcrest Street. The Warnell’s lived there from 1952-1960s. The gold mine at Rufus Avenue and Hillcrest Street had at least two tunnels leading from the original pit, which later filled with water. The tailings were dumped into the hole and the Warnell’s house was built, but Frank assumed that the timbers of the tunnel heading east just rotted and caved in causing the house to sink. Mr. Warnell later told Frank that he cut through heavy timbering when digging a well on the north-east corner of his property, but he never knew why the timber was there. All Frank and his friend Wayne ever found was “fool’s gold”- pyrite-in the tailing piles and a 1917 German (Bavarian) coin.

Frank also recalled two other “cave-ins” which occurred further up Main Avenue towards the old TV tower/north of the Power Lines in wooded areas to the right of it. Frank and his friends even found a skeleton of an old work horse that died and was dumped in one of the old caved-in mines. He also found a number of small “exploratory digs” scattered around, which they found in the woods east of Main Avenue, towards what would later become Clayton Park. Some people claimed that a mine further towards Dutch Village Road and McFatridge Road yielded gold, although he never personally knew of it.

In the 1950s my brother John (Nonnie) O’Brien found pyrite-“Fool’s Gold” in the rock quarry on the Bedford Highway (a car dealership is located on the site today); another way to describe where the rock quarry was once located is on Vimy Avenue, to the side of the Centennial Arena, where there is a steep embankment going down to the car dealership.

Nonnie found out years later that there was indeed a gold mine located there at one time. It was said to be in the area behind Bob Cole’s second service station which was located on the left hand side, in front of the rock quarry on the Bedford Highway.

When he heard about the gold mine in the quarry he wondered, what if my find was real gold and not pyrite? He has been searching for gold ever since, from the gold mines of Africa to Oak Island. He has written an interesting book called “Oak Island Unearthed !”

John (Jack) Butler remembers when, as a young boy, he lived on a small lane, today the location would be approximately 44 Titus Street, he recalled cutting wood in the area behind his home and walking through the woods to Mount Saint Vincent Academy. He remembered a gold mine near the Mount St. Vincent property. There was an old trail running diagonally from the gold mine to the Bedford Highway.
He believed that the gold mine was worked in the late 1920s and early 1930s era.