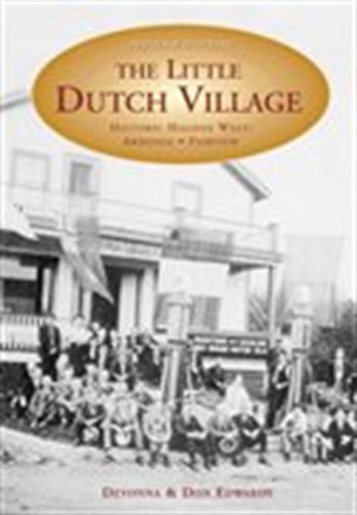 By: Devonna and Don Edwards

The Little Dutch Village written by Devonna and Don Edwards.

Dutch Village began as a humble eighteenth-century settlement, nothing more than a grassy trail and a few pioneer homes nestled along the west side of the peninsula between the Northwest Arm and the Bedford Basin. Yet the original German settlers were industrious, and their little village grew, producing significant landmarks, fascinating citizens and, eventually, the thriving communities of Armdale and Fairview.

The Little Dutch Village traces the dynamic evolution of the settlement from the mid-eighteenth ceturey to the mid-twentieth century, bringing well-known facts and little-known anecdotes together for the first time. From majestic Victorian homes and family homesteads to local sporting celebrities, this richly illustrated portrait presents the sister communities of Armdale and Fairview through their common history and their common bond: the little Dutch Village.

Get it at Amazon.