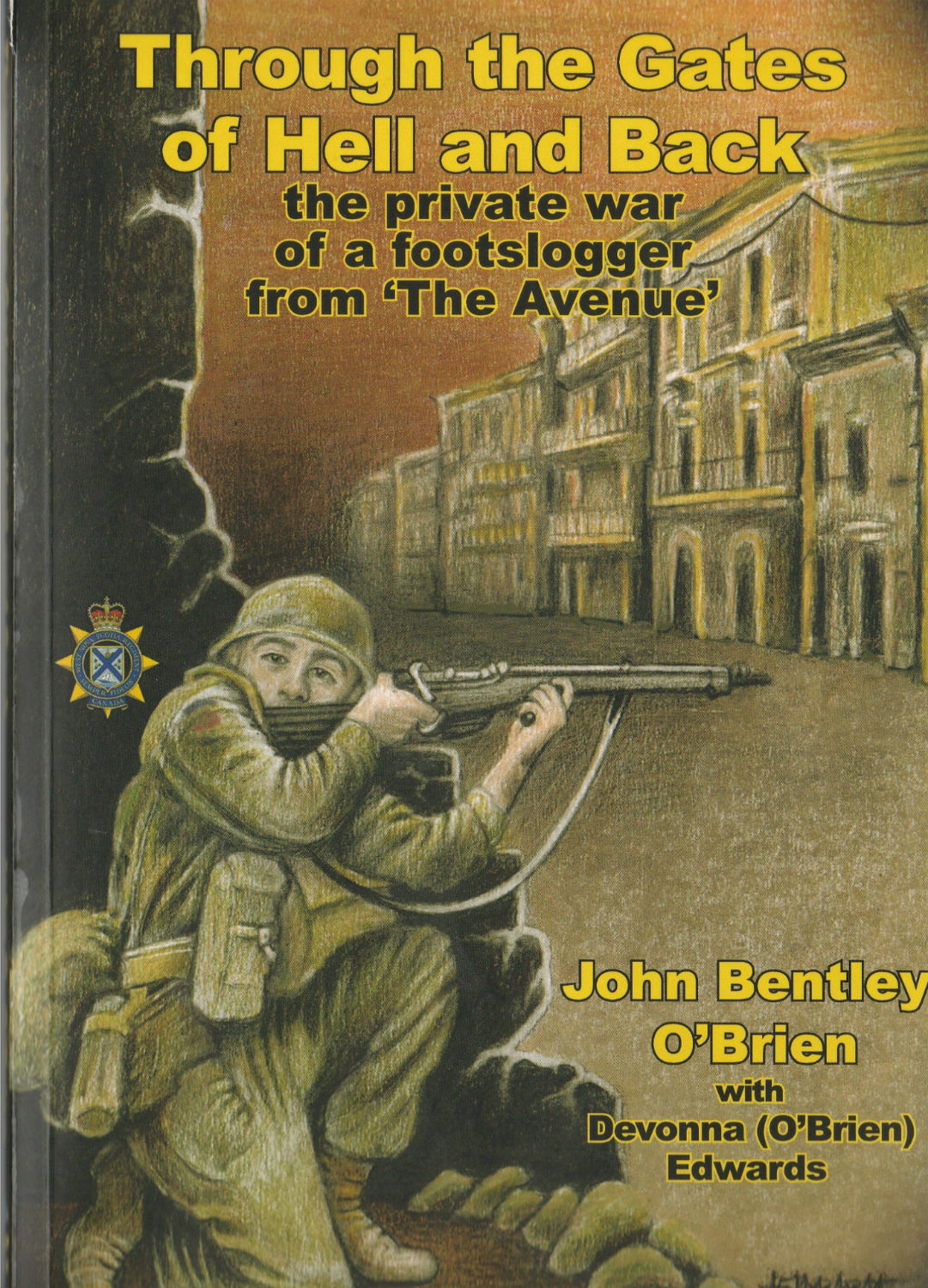 By: John O’Brien and Devonna Edwards

This Book is a memoir written by and for infantrymen who bore the brunt of war. It chronicles the hardships of the footslogger struggling through the mud and cold, witnessing the torn flesh and death of comrades at arms, penned with a poignant humour and sprinkled with lessons learned, as a boy is transformed into a man during his journey “to and through the gates of hell and back”.

It is the story of the Canadian First Division’s determined and bloody fight through Sicily and Italy, a fight that ended for John Bentley O’Brien on the outskirts of Ortona (The Gully). Follow this personal account from his initial enlistment in the Halifax Rifles in 1940 as a member of the signal corps – to his stint in the Merchant Marine sailing in U-boat infested waters and his subsequent court martial – to his transfer to the West Nova Scotia Regiment with whom he served overseas from 1942-44 – and with whom he remained connected through 40 years of reunions and the Royal Canadian Legion.

John also details his recovery with candour and humour as he passed through a series of field hospitals before his eventual return home, determined to complete his education and become far more than his impoverished early life would have envisioned. Follow the escapades of a raucous and belligerent young man from ‘The Avenue’ (Water Street, Halifax) who in later life would help hundreds of youths in his adopted community of Fairview, where he and his wife, Mary, raised ten children and he served as the community pharmacist for over 25 years.

From an original manuscript by John Bentley O’Brien with his daughter Devonna (O’Brien ) Edwards. Ms. Edwards did all of the reeasrch on the regiments. photos and maps, wrote the introdction, developed the appendices and edited much of her father’s original manuscript.

Get it at Amazon