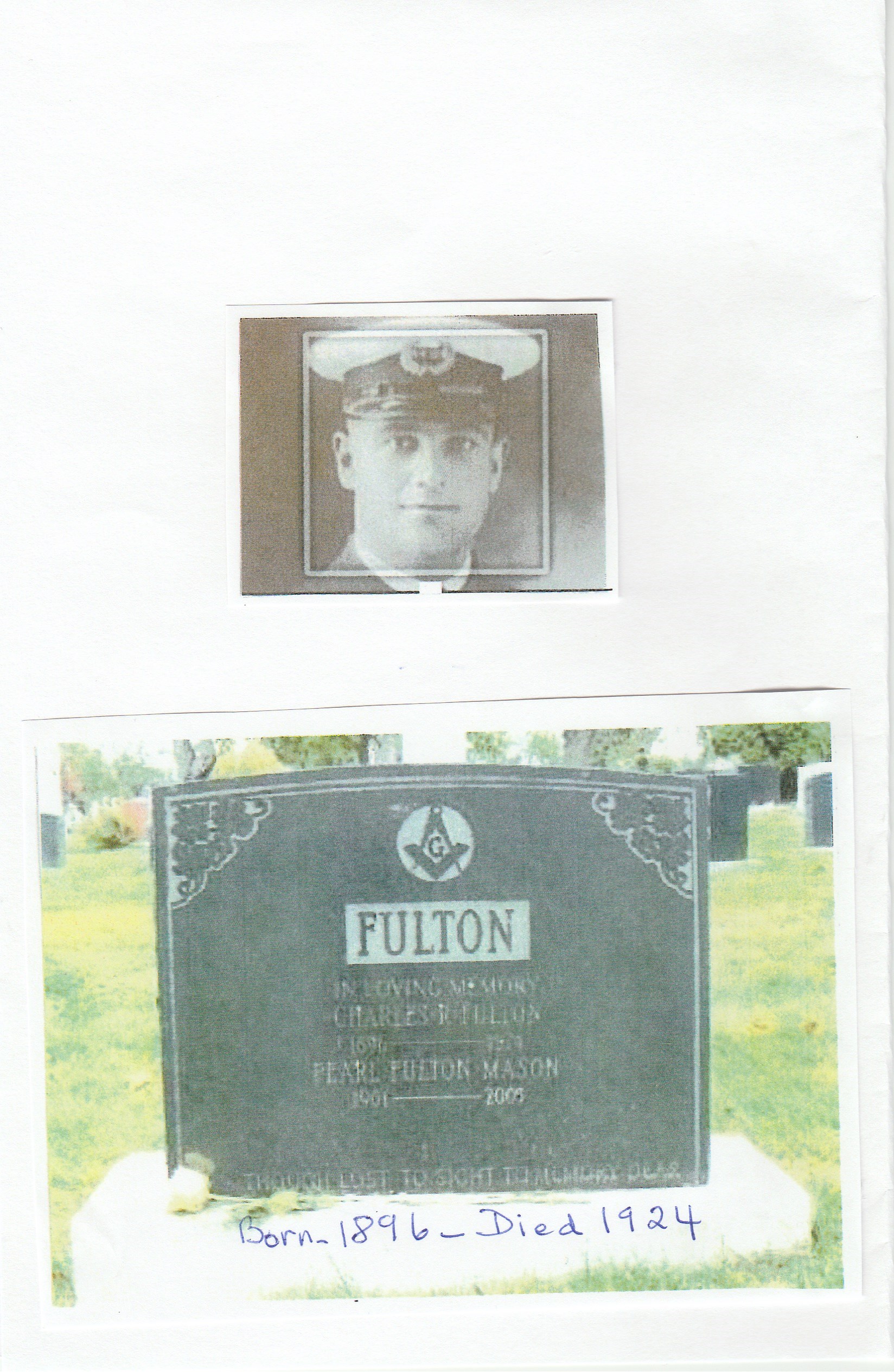 Police Officer Charles Fulton has been shot dead, Police Officer Stephen Kennedy lies critically wounded and four members of the bandit gang who have been terrorizing the city and suburbs are behind steel bars, as the result of the most desperate man-hunt in the history of the city and province of Nova Scotia.

The first hint of trouble that had such a dramatic and terrible ending started on July 14 when the police received a call on the Dutch Village Road (now called Joseph Howe Drive), where the driver of one of Fry’s bakery team had been held up and robbed of what money he had, some $10.00. The hold-up was the work of two men; Lewis Bevis, 25 years old, and Wilfred Slaunwhite, 21 years old accompanied by two young girls; Muriel Bevis, 16 year old sister of Lewis Bevis and Ethel Slaunwhite, sister of Wilfred Slaunwhite.

Earlier Lewis Marshall Bevis, a rather shady character, and his gang where out around the Dutch Village area robbing houses and they also held up a store in Herring Cove Road. In one house, they stole a revolver. The police found the group close by the railway tracks (now a walking trail) near Ashburn Golf Course.

The running gun-fight started there. Officer Hiram Smith had a shot pass through the leg of his trousers but he was not hurt. Officer Walsh was just missed by a bullet that sang close to his head. Officer Steve Kennedy was shot by Bevis as a squad rushed the wooded cover in which the gang were hiding on the Dutch Village Road.

Officer Kennedy was heard to say, “My God, I’m Shot!”

Kennedy was found to be seriously wounded. The heavy 45 slug had torn its way through his breast, just missing his heart and piercing one of the officer’s lungs, they rushed him by car to the V.G. Hospital.

Witnesses of the shooting said that it was the second shot fired at Kennedy that took effect, causing him to stagger about fifty yards. Officer Kennedy staggered through the woods and fell near the fence separating Rubin Earnest property from the adjoining wood lot. When Officer Kennedy was taken away, the man-hunt continued. A little boy came up to them on the road, and said he saw a man crawling along behind the stone wall.

Wilfred Slaunwhite was located hidden by the stone wall boarding the Dutch Village Road, near the entrance gate to the Halifax Golf and Country Club. He was lying hidden by the wall and under bush when the police saw him and made quick work of getting the bracelets on and frisking him for a gun. No weapon was found. The prisoner contending that Bevis was the only one armed with a revolver.
Bevis and the two girls managed to escape.

Bevis with the two girls was finally located by two police officers, including Patrol Driver Price, near an old gravel pit on Long Lake Road, a short distance above the cross-roads where the road to the Dingle and Purcell’s Cove branches off. Here more shots were exchanged between the hunted man and the police, one of them, from Bevis’s gun, being so well directed that it nicked the badge worn by Officer Price, but did not injure him.

At this point the two young girls were caught, one of them having no hat and her hair streaming down her back. With clothes torn, shoes missing and presenting a generally dilapidated condition, their appearance bore ample testimony to the strenuous hours that they had passed through. When conveyed to the police station in one of the cars employed by the police, neither were crying but appeared to be resigned to their fate.

Bevis succeeded in eluding the posse, finally making his way into the very heart of the city. The running gun battle raged all day, from early morning until 5 o’clock in the evening. It raged from the Dutch Village Road to the western part of the city, the chase then centered about Le Marchant, Watt Streets, and from Preston to Vernon Streets, through the playgrounds of St. Thomas School.

Officer Fulton managed to come upon the fugitive; Bevis was dashing across the open space in front of the school building at that point with Officer Fulton close on his heels. Shots were exchanged; Fulton stumbled, raised himself on one knee and was just taking aim at Bevis when the gunman wheeled and fired point blank at the officer. The heavy 45 slug struck the officer in the head, and Stomach; he dropped. Officer Fulton never regained consciousness and died a few minutes after he was admitted to the V.G. Hospital. Bevis escaped unscathed, except for a bullet wound in the foot.

Every available member of the police force was included in the posses with the members of the I.C.R. Police, the R.C.M.P. County Constables and members of the Fire Department. Inspector La Nauze sent an armed squad, and every man who could carry a gun was sent out with the orders, “Dead or alive, shoot to kill, if necessary!”

Officer Smith said that as they ran Bevis would switch around and shoot. During the day many citizens joined the man-hunt, despite the danger of flying bullets, hundreds of men, women and children followed the police in their rushes from point to point. The firing of guns at times was terrific, hundreds of shots were fired at Bevis and it’s a miracle that women and children were not struck. Bullets were flying in all directions. The whizz and whine of them giving many an idea of what war meant.

One of the bullets crashed through the glass door of the home of J.T. Kieley, 123 Le Marchant Street and embedded itself in the hallway. Mr. Kieley had been standing by the door seconds before this.

Bevis was finally taken in Camp Hill Cemetery. He had received a slight wound in the foot. He gave himself up at last after Officer Fox ordered him to surrender. He came out from under a bush and raised his hands. He told Officer Fox, “I had one more shot left Fox, but I did not want to use it because I knew you.”

Later Bevis told the officers that Officer Reyno was the man that he wanted to get because he caused all his troubles. Bevis said, “I would have shot him if I had seen him.”

Lewis Bevis said, “I’m not sorry for what I have done; I am going to swing for it anyway.”

He told the detectives that he blamed his father for the life he had led and said that he never had a happy day in his life since his childhood.

When the police took his revolver from him they discovered three unexploded shells. Bevis defiantly told his captors, “There was one for Reyno, one for Aitken and one for myself.”

Constable Charles R. Fulton
He was killed on Monday July 14, 1924
He was Halifax Police Department’s first police officer killed in the line of duty.
He was shot while trying to apprehend a suspect.

The funeral of Officer Fulton was held at St. John’s Presbyterian Church and the interment was at Fairview Cemetery. Also there was an impressive Masonic service.

The young widow of Policeman Charles Fulton lived on Almon Street. Charles Fulton was born in Upper Stewiake, 28 years ago. He was a sturdy, right-thinking young man of good old Presbyterian faith and when the call for soldiers came, he went overseas with the first detachment of the 63rd rifles.

He fought bravely in France as a corporal in a machine gun corps and was awarded a military medal for notable conspicuous bravery. Two and a half years ago he married a Halifax girl, Pearl Hartlen, who is now only twenty-one years of age.

Early in the morning on the day he died- “I’m going down to the cellar to try out my gun,” he said.
“All right but be careful not to shoot the cat, “replied his wife.
“No, dear, I don’t want to shoot the cat or any living thing, if I can help it, “ was his reply.

Perhaps that was what held him back from killing Bevis, when he had the opportunity. When Bevis pointed the gun at him and warned him to stop the chase, he could have shot him, but he did not and paid for it with his life!