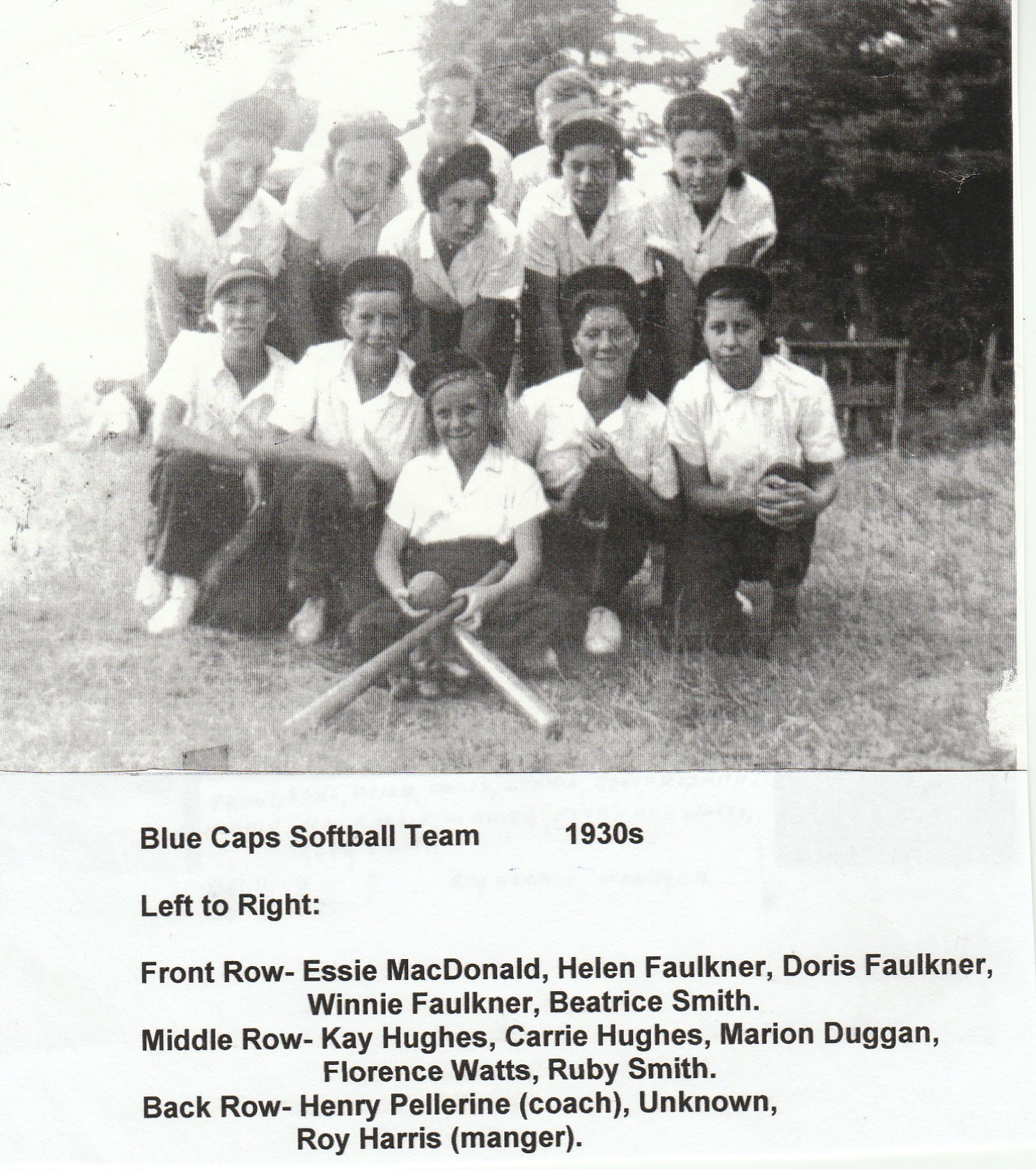 A man’s world! Don’t tell that to these women of Fairview, for they were as tough and competitive as any boys’ team and they loved to play.

The Blue Caps Women’s Softball Team was composed of 15 year old Fairview girls. At home, they played on a ball field across the railroad tracks near the Fairview Cemetery. A truck driven by Percy Tanner took them to games in Halifax, Windsor Junction, Spryfield Waverley, and Sackville.

The inauguration of a women’s league did not occur without incident, and rivalries between local teams were continued in the newspaper.

HINTS ATTEMPT TO KEEP TEAM OUT OF PLAY-

The Fairview- Highland Park Softball rivalry appears to be quite keen. Recently the Star published a complaint from the captain of the Highland Park Team in which she said that spectators at Fairview had put snakes down the backs of her team mates and had tripped them to interfere with their base-running. She also claimed that the fans beat up the catcher.